Tessa is a lawyer and co-founder/Co-Director of the Climate Litigation Network, a project of the Urgenda Foundation 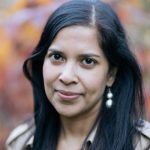 Four years ago, I quit one of the most rewarding jobs I’ve had to chase an idea. I’m lucky that it turned out to be one of my better ideas. But at the time, it required a considerable leap of faith to start a novel project with no funding, no proof of concept, and blind trust in my collaborators.

The confidence that carried me through that initial uncertainty was at least partly inspired by the women I worked with for the previous three years.

I was working for a regional network of feminist organisations and movements, which had a Secretariat in northern Thailand and members and partners across Asia and the Pacific. My colleagues, friends and mentors included women who had, in their own countries, founded national commissions on women’s rights; established feminist political parties; and built women-led trade unions in the most adverse, repressive circumstances imaginable.

At the same time, I worked each day alongside women at different points in their career who modelled their feminist politics in the way they lived their lives. Some were raising children alone; others had a partner who was the primary caregiver; some were happily child-free; and others took a year or more away from work to focus on their families. It was an environment and workplace that supported those choices and encouraged us to challenge conventional, patriarchal expectations of women at work.

Moreover, every issue that we worked on, whether it concerned economic, social or environmental policy, called upon us to fully claim our voice and our power. Barack Obama recently said: “if every nation on earth was run by women, you would see a significant improvement across the board on just about everything.” I share that confidence, partly because women’s lived experience of economic, social and political inequality positions us closer to the solutions. Where that experience is intersectional, on the basis of race or class for example, our understanding is even more acute.

My organisation’s work was also informed by research that confirms that women’s movements are a uniquely powerful catalyst for progressive policy-making regarding women’s rights.

In short, as critical as it is for us to speak up as individuals, our real power emerges when we act collectively.

With this political education, I felt compelled four years ago—with the support of my colleagues and friends—to step into a new role that I hoped would amplify the voices of ordinary people against a crisis that threatens to deepen every existing kind of inequality: namely, climate change. I encourage all women who perceive injustice in our world to claim their own role in advancing the solutions that we so desperately need.

Tessa Khan is a climate change lawyer and co-founder and Co-Director of the Climate Litigation Network (CLN), a project of the Urgenda Foundation. Before focusing on climate change, she worked in support of local, regional and international human rights organisations and movements around the world. Tessa was recently named one of TIME magazine’s fifteen women leading the fight against climate change.