As we embark on a new year, Feminista Journal takes a look at two individuals who made a significant contribution to women's fight for justice in Australia in 2021 - Grace Tame and Brittany Higgins

There is much to despair about in the world right now.  Chief concerns for me and for many: the ongoing day-to-day challenges of COVID and the overarching and more fundamental issue of climate change.

For me there have been two such people.  These names will not be a surprise to Feminista Journal’s Australian readers. They are Grace Tame and Brittany Higgins.  For our readers outside of Australia, perhaps you haven’t heard of them at all, but I hope a little about them and the impact of their actions will inspire you.

Tame was named Australian of the Year in 2021.  One of Australia’s greatest honours, she received the award while still in her 20s.  Prior to Tame being named Australian of the Year, I had never given the award much attention.  But I sat up and took notice this time around because of her age, but also because of the reason she was given the award.  She was (and is) and activist and advocate for survivors of sexual assault.  A survivor of sexual assault as a teenager, she worked with Nina Funnell and others to create the #LetHerSpeak campaign, which sought to bring an end to laws which operated to prevent sexual assault survivors from speaking publicly about their experiences (even though the perpetrators were free to do so).

Sexual assault isn’t a topic that people like to talk about.  Yet here we were, with an outspoken survivor and advocate for others being given a national platform through the Australian of the Year role.  Given how important it is that the realities of sexual assault be spoken about more openly and that the voices of victim/survivors be heard, the awarding of Australian of the Year to Tame was a major step forward in and of itself.  But no-one could have anticipated how Tame would proceed to make use of her new platform.

She has proven herself to be willing to speak her mind, without fear or favour, even when that meant offending the Prime Minister of Australia by publicly calling him out about his response to her powerful and personal speech at the Australian of the Year awards (“Well, gee, I bet it felt good to get that out”, she recounted him telling her).  Given the content of her speech (which included an account of her experience of sexual abuse), the Prime Minister’s response was patronizing and tone deaf.  But how many people in Tame’s shoes would have publicly revealed his words?  From that moment it was clear that Tame meant business.  Her mission is to end child sexual abuse.  To do that, Tame needs the issue to be taken seriously.  No-one, not even the Prime Minister, was going to get away with platitudes.

The announcement of Tame as Australian of the Year at the outset of 2021 came at an important time in Australia’s social and political history.  In November 2020, as a result of a television expose on the 4 Corners program, the Morrison government was facing very difficult questions about the sexist political culture in Canberra and its impact on women.  The 4 Corners show focused in particular on the conduct of two key Ministers in Morrison’s government.  A few months later, in February 2021, a 26 year old former Liberal Party staffer went public with allegations that she was raped by a colleague in a Minister’s office at Parliament House in March 2019.  The staffer’s name was Brittany Higgins.  Higgins spoke about the fact that she had told her boss (a Minister in Morrison’s government) about the rape and that ultimately she felt that her allegations were treated as a political problem to be ‘managed’.  A meeting with the Minister to talk to her about the allegations was held in the same room where she said she was raped.  Higgins said that she felt that if she had gone to the authorities, her career would have been at risk.  Her public revelation was a political bombshell and raised many questions, including about Prime Minister Morrison’s knowledge of her allegations and how they were handled.

An interesting connection with Tame appeared – Higgins said that she was compelled to go public after seeing a photo of Tame next to the Prime Minister at the Australian of the Year awards.  Higgins said the image made her “sick to [her] stomach”.  She explained: “He’s standing next to a woman who has campaigned for ‘Let Her Speak’ and yet in my mind his government was complicit in silencing me”.

Higgins’s decision to speak publicly about her allegations, together with further revelations and allegations arising from the November 4 Corners show (including allegations of rape against a Government Minister, aired on 8 March 2021 in the second part of the 4 Corners program) caused shockwaves throughout Australia.  On 15 March, the Women’s March 4 Justice took place in response.  Women (and men) marched in 40 cities across Australia.

The protest organisers had four objectives: (1) Full independent investigations into all cases of gendered violence and timely referrals to appropriate authorities. Full public accountability for findings; (2) Fully implement the 55 recommendations in the Australian Human Rights Commission’s Respect@Work report of the National Inquiry into Sexual Harassment in Australian Workplaces 2020; (3) Lift public funding for gendered violence prevention to world’s best practice; (4) The enactment of a federal Gender Equality Act to promote gender equality. It should include a gender equity audit of Parliamentary practices.

I attended the protest held in Melbourne.  The atmosphere was emotionally intense and passionate and beautiful at the same time.  Beautiful to see so many people taking a stand to demand more from our political leaders in relation to these issues.  Issues that for so long had not been taken seriously by our politicians.

The Morrison government responded, realizing finally the gravity of the ‘women problem’ it was facing.  Inquiries were called.  A Women’s Safety Summit was held.  Reports have been given.  This isn’t the time or place to assess the value of those responses.  What was clear then, and what is still clear now in 2022, is that Tame and Higgins brought the issue of sexual violence against women to the heart of Australia’s political debate and they have fought to keep it there.  There has been a palpable shift over the course of the last year in the way these kinds of issues are spoken about, and in the variety of women’s voices being heard in the public debate.  Women are expecting more and are (in my view) more free in expressing those demands.

What I have loved about Tame and Higgins is that each has been willing not just to speak her mind but to do so unapologetically.  They have said what they feel needs to be said in the most difficult circumstances, without ‘playing nice’, without feeling the need to smile for the cameras or be the polite young women that they (and all young women) are expected to be.

They have also shattered a damaging stereotype that affects victim-survivors of sexual assault – namely that they are ‘broken’ people.  Tame and Higgins are not broken.  They are strong, they are powerful, they are brave, they are intelligent, and they are not at all interested in behaving in a way that pleases powerful men.

Tame finished her time as Australian of the Year in a photo-op with the Prime Minister.  Nothing remarkable about that.  But Tame did not smile.  And she gave Morrison a gold medal-worthy side eye.  Conservative commentators like Peter van Onselen lost their minds at what they saw as her gracelessness, her ‘childishness’.  Yet for me it was the perfect way for Tame to complete her stint.  Sexual assault isn’t exactly a topic that should generate a big smile.  I’m not surprised Tame did not feel like smiling, given the prevalence of sexual assault against women and children in this country, and the ongoing failure of governments to successfully address the problem.  Tame’s non-smile (and the reaction to it) gave me hope, because women like Tame and Higgins won’t let us forget how serious these issues are.  And they will do their work unapologetically, not smiling if they don’t feel like it, because it is important, and they do not owe a smile to any man.

Each has shown me the difference one woman can make (although in this case Australia has been lucky enough to have them both).

Grace Tame and Brittany Higgins – a thank you from the bottom of Feminista Journal’s heart.  For all you have done and for the inspiration you have given me and others.  May your incredible work continue. 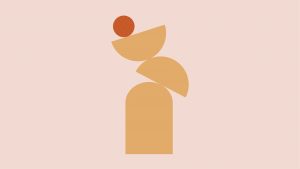